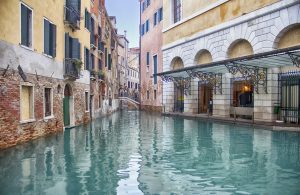 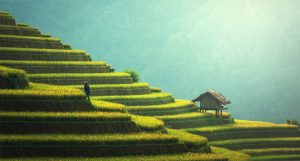 Over the last year, between the Mythic Monday blogs, Death Rites Jigsaw piece, and elements from The Floating City; Emberek Tribes 1)coming soon on Kickstarter and more, we’ve sketched out details from dozens of cultures. What use are they? How do they fit into your stories?

Somewhere to visit – most adventurers are wanderers. Each week a new planet – ahem, location. Where are we today? What strange customs do the locals follow, and what kind of trouble will the heroes get into by not observing them? Is today the feast of the God of Silence, and the travellers get no replies to their queries for bed and board? Are men forbidden from speaking to anyone outside their family? Are all the undead in the fields not a plague but a workforce?

Origin stories – every hero needs one. Why become an adventurer – no home, probably no family, no community, no job security. Robbing tombs and killing vermin isn’t high up the desirable career choices of anyone. Is your hero an outcast? Seeking revenge? Desperate?

Is the reason Our Hero left home to do with the customs common at home – assuming home still exists at all. Think of Atalanta, who in at least some versions is left on a mountainside to die as an infant, because her father wanted a boy. We gave you the passengers on the Elkeru river – dead to their homeland, even if they survive the voyage.

Supporting cast, and non-fighting encounters – someone makes all those magic items, and someone owns the cellar-full-of-rats. Not all of those someones are Generic Joe. Perhaps your sword was made in the dwarven kingdoms of the East. Perhaps you have a taste for elven waybread for your rations. Perhaps the cellar owner is from the Mysterious Occident. The shopkeepers, businessmen, crafters and farmers of an area are colored by the local culture. And then, people travel – especially merchants.

Even the most historically accurate Medieval European city could have traders from Egypt or Arabia – and their goods could have come from even further afield, perhaps down the Silk Road or across the Sahara. Factor in a magical element – portals, teleportation or flight – and suddenly goods and people can come from all over the world – or beyond. A staple of old-school Live Action was the wandering healer – where he’s from and why he might choose to heal that party require motivations beyond “look, the GM over-statted the last encounter, OK?”

Enemies – it makes for a much better bad guy if his motivations are more than his hat colour. Do the party follow an opposing god – and just how fanatical is he to care? Does he disapprove of some facet of the party – elves, women warriors, citizens of the Rankin Empire, social misfits – that brings his worldview into conflict with the protagonists? Do be careful not to make foreign = always evil (this has elsewhere been discussed as The Drow Problem), but it can easily be the case that culturally different is antithetical – and you’d be hard pressed to find a culture with *no* evil aspects.

We’ve kept most culture-pictures deliberately vaguely located “by the sea”, “in the valleys” so they can fit wherever you need them to. Even the East can be more North if that fits your map – although we’ve tended to the Northern Hemisphere assumption that Northern places are colder.

You can, if you like,  leave every dungeon and every city vague. But it’s a far more interesting story if the world is filled with details – and culture elements allow you to do just that.