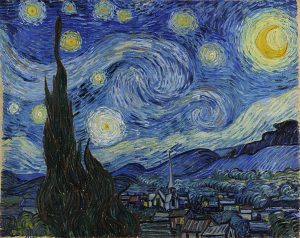 When you say “Art” to most people they think of paintings, and maybe sculpture – Visual art or fine art. Wonderful though that is, it’s not the only thing to which “art” could be referring – last week’s post on nursery rhymes are looking at a more low-brow sort of artistic expression. Later posts will address music and food.

But for now let’s talk about visual art.

More often than not it is relegated to “some paintings” on the walls of the local lord’s manor or describing a palace as “richly decorated”. This tells us something about the individual, but just a little more description can tell us a lot more: Pictures of ancestors that tells us the lineage of this noble is long (ste: or if they are few in number that the lineage is short but with great hopes for the future) – if the decorations are not just rich but beautiful it shows us this person has good taste.

Or to reverse them, maybe the paintings are of someone else’s ancestors, and this person is a recent usurper trying to claim credibility and status they may not deserve, if the decorations are gaudy or clashing it tells us the lord has more money than sense or at the very least no taste. If someone’s fingers are dripping with rings, and they are wearing crowns, brooches, pendants and the like it tells us they like to display their wealth at all times, wherever they are.

If there is next to no art in a manor house it would feel very empty. Maybe the noble is broke due to bad investments, or debts come calling. Or maybe they have no care for art, they concern themselves solely with functionality – the only concession to decoration may be a suit of armour or a pair of crossed axes over the fireplace which are as functional as they are decorative.

A little more description again can tell us yet more. I’ve touched on portraiture and military regalia, but what of other things?

Delicate vases are unlikely to be on pedestals around boorish drunken lords (well not for long), and delicate princesses are unlikely to have gory battle scenes in their bedrooms, so their lack or presence would set expectations. Of course expectations can and should be reversed occasionally – maybe that boorish drunken oaf has a butler always three feet behind him to catch all the delicate vases, which he has on display because he simply loves to have fresh cut flowers around him at all times. Maybe the princess has a tragic back story and it’s the last remaining picture of her true love after the incident… Maybe she’s not really the delicate princess she appears to be, but she can’t express it in public for some reason. Or maybe she’s a psychopath.

Sometimes art is used as treasure – heroes find jewelry, gems and artworks in a dragon’s hoard – it’s more plausible than finding gold bars, I guess, but it tells us basically nothing unless it was a curated collection (in which case it’s akin to the examples above)

But what of making the art the focus of the plot rather than a roundabout way of describing a character or extra-bulky cash? That can work very well. Probably the most famous example is the One Ring from Lord of the Rings – the entire plot circles around that little band of gold. It is not treasured for its artistic value though, but rather for its power as a magical artifact.

In some settings magic and aesthetics can be tied together – a magical sword must be beautifully crafted to hold the spell in place and therefore a beautiful sword is likely magical. If a suit of armour is finely crafted yet non-magical it may even become magical simply by being used by great heroes on their quests…