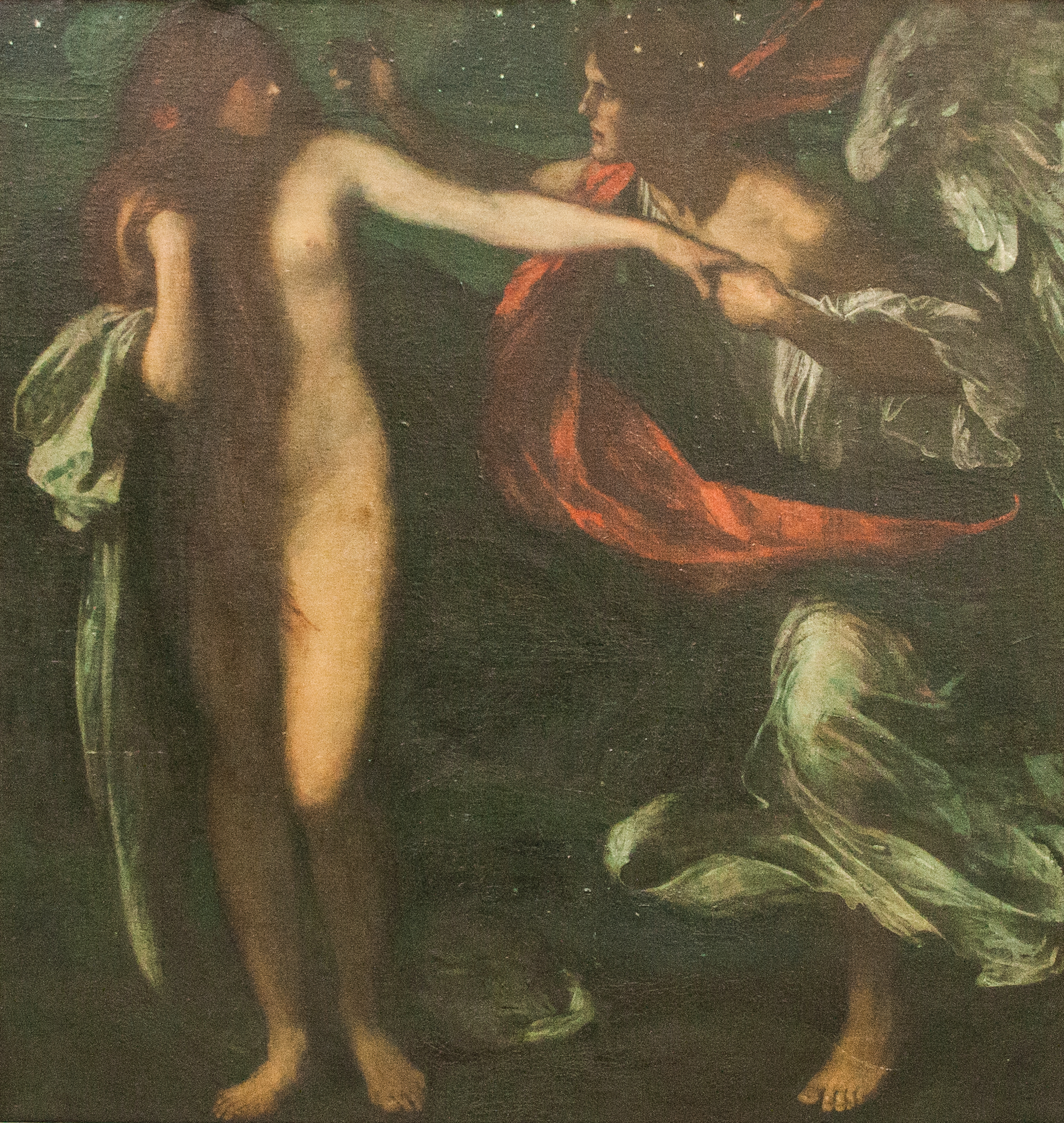 The children of women and angel are not always good and are stronger than any man. Sometimes they are monsters, and other times they are not.

A nephilim is a creature mentioned in the Bible but no no one seem to be sure what it is, the word itself is said to mean giants and is written as such in some versions, so some think that they are or were just giants – nut parts of the word mean ground, or fall, or earth. Since this word is found in the same paragraph as sons of God, which could mean angels, lying with daughters of man many think that a nephilim is what happens when an angel, or a fallen angel, lies with a woman, and its nature tends to depend on if the angel was fallen or not – but it also depends on their actions since they are also part mortal and we choose our own fate.

There are no stories of them in the bible, only a few mentions of them and all are before the story of the great flood, so many believe that the nephilim were killed off in the flood, which is why we do not see giants or nephilim or whatever they may be.

But modern media has cemented the idea that nephilim means the child of an angel and a human woman, since most stories are set in the modern day and if that is the case nephilim can still be present as an angel can sleep with a human whenever.

They are usually the love interest in many films and books, like the Hush Hush series; and there are usually both good and bad nephilim – the bad sometimes have black feathers on their wings. So even though we are not sure what they are or should look like this is what they have become to most of us and few of us know anything else about them.

From head to toe

Many story tell of them having all kinds on powers, some of the most common are: being able to talk to animals, talk and understand anyone, superstrength and of course flight.

They can be good or bad it all depends on the story they’re in, their nature and the nature of their angelic parent.