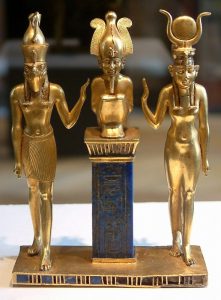 Osiris is God of wheat and resurrection – this may seem like a strange combination, but to the ancient egyptians it was obvious: they buried dead wheat in the expectation it will live again, as a new crop. Most of the worship of Osiris focused around this dichotomy, that the Lord of Life is also the First Mummy.

The Ancient Egyptians divided the land of Khem – which either means Egypt or the Earth – between the warring brothers of Set and Osiris. Horus inherits Khem from them both, just as man inherits the earth from the gods, and Pharaoh was seen as Horus’s regent, invested at coronation with divine authority. Whilst Set was seen as dark – the god of the desert and the storm – he was also seen as the might of the Pharaoh

Osiris, however, is the gentler brother. He is usually shown with a crook and a threshing flail – not only for his connection to farming, but also as the shepherd of men – the example that men are supposed to follow to live moral lives – and on death, Osiris rules paradise, and is only joined by the righteous.

Early communities of monks – although very different from communities we would recognise today – shared a ritual meal of unadorned bread, in order to identify themselves with Osiris and gain part of his immortality. Such Houses of Life became centres of healing lore and may have been the earliest hospitals.

The story this time is less of a ‘known tale’ and more a composite from what we know about burial practices. Isis may or may not have written the Book of Going Forth – which tends to be known as the Book of the Dead. It seems poetically appropriate for her to have written it, so I decided she did.

As has already been told, Osiris was treacherously slain by his brother Sutekh. After conceiving him an heir, the falcon-headed Horus, Isis went to bury her husband.

At this time, people set the bodies of their loved ones to sail down the Nile to the sea, where their ka – their immortal souls – became the crew of the ship that carries the Sun.

But Isis had a dream that she should not set Osiris on a boat, but carry him instead into the desert. She wrapped him in cloth she had woven with her own hands and laid him on a bed of rocks. She sent word to everyone who grieved at the death of the Lord of Life, that they should come with a stone to place on the tomb.

And they came. Each with a burden suited to his stature – the rich and powerful brought mighty slabs, and the poor brought handfuls of pebbles. Each was piled into a great pile, and such was the wisdom and skill of Isis, that the body was not crushed.

For forty days she stayed there, and dreamed the journey Osiris took. Then Isis rose from her place by the pyramid, and went forth and wrote down all her dreams, in the book that has become the Book of Going Forth, telling how to make such pyramids, that the souls of the mighty would serve Osiris in his kingdom of the Dead, and fight with him to defend the world against the Outer Darkness. Then she walked back into the desert, and left her son to rule in Khem.

Osiris walked a long walk, through all the places he had known in life. He came at last to the great throne of the Goddess Ma’at, who is Justice.

She asked him his guilt in the crime of murder

She asked him his guilt in the crime of theft

She asked him his guilt in the crime of sacrilege

And so this went on all day, as the goddess asked Osiris to name his guilt of 42 crimes

As the sun set in the Underworld, as it rose in the world above, Maat plunged her hand into the chest of Osiris, and plucked out his heart.

“If your heart weighs less than my feather, you will be permitted to stay in Aaru, which is paradise, But if any guilt weighs down your soul, you will be consumed by the monster Ammit, and your soul will go down into Duat, which is hellish.”

Osiris’s soul was weighed and came out as light as the feather. And his journey was ended, that he became king in Aaru, and daily battles to preserve the world, for it is the kingdom of his heirs and his people.

Temples to Osiris were grand and complicated – often resembling a small province, when one includes the supplying farms, sacred lakes, outlying shrines and so forth. But temples are not the best source of dungeons in Khem. Burial chambers – whether pyramids or the catacombs inhabited by less royal people – were protected by all manner of curses and traps. Looting them could be worth it, as even quite poor people took many goods with them to the afterlife.

The priesthood would have been agricultural managers, and societal planners. Ancient Egypt had many people who were described as ‘priest’ but few of them would qualify as clerics, and they had almost no traditions of paladins. Temples were guarded more by tradition than monsters. Osiris might grant his priests all kinds of spells of healing, but allied to this are the secrets of raising undead, particularly mummies.

Animals associated with Osiris are locusts and scarab beetles, but also all kinds of food animals. For priests who choose spells of fertility, a well-timed stampede of cattle can be just as dangerous as any lightning blast.

Fans of egyptian fiction might be interested in next month’s piece from Jigsaw Fantasy, the Sivatag Desert 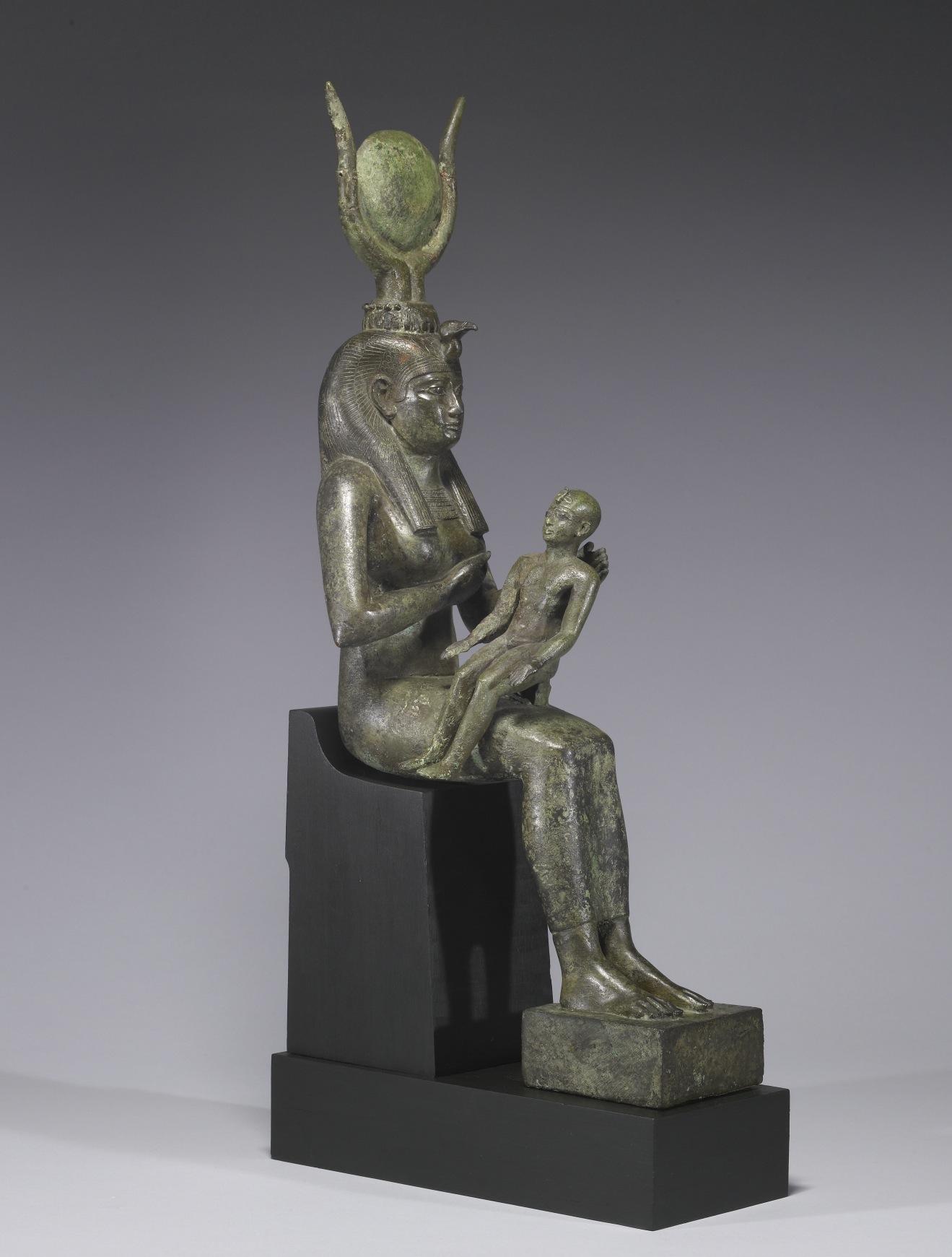