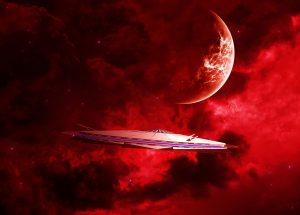 In space, no-one can hear you complain about the colour palette

As you hopefully know by now, our next major project is another set of Concept Cards, this time Sci Fi Concept Cards. (If you don’t know what Concept Cards are, take a look at the fantasy ones here.)

Science fiction is a huge genre – it encompasses everything set five minutes or more into the future, and some thing that are set in the past too – especially when you include time travel. We couldn’t possibly hope to cover all possibilities in one deck – characters would range from the Victorian dandy making strange steam powered inventions in his basement, via cyberpunk corporate salarymen, to star ship captains. While there is no doubt scope for some variants of those in each other’s sub-genres (the steampunk airship needs a captain), there are enough differences that we don’t think it would be helpful. In future perhaps these will get their own decks – but not right now. (n.b. In the Fantasy Epic Locations deck there is already one sci fi reference – the Urban Emperor, The Last of the Ancients, is a man in stasis wearing a bathrobe, and references both Red Dwarf and the Hitchhiker’s Guide to the Galaxy)

What we mean here, then, is the kind of sci fi that involves starships and blasters. From Star Wars to Star Trek, to Firefly, to Warhammer 40,000 and even Eclipse Phase and The Foundation Trilogy.1)Ste Note: I’m drawing a bit from Schlock Mercenary too

These settings feature relatively ubiquitous space travel, some form of interstellar travel, aliens, blasters and/or laser weaponry, huge threats larger than a person, a city, or even a planet, and so forth. There are exceptions, of course – The Foundation Trilogy only features humans, Firefly takes place entirely in one solar system, In Eclipse Phase interstellar travel is limited to Pandora Gates, and Stargate has present day humans exposed to a far more advanced setting.

How interstellar travel works is something which can help define a setting – for instance in 40k the Warp is incredible dangerous, while in Star Trek, travelling at Warp Speed is rarely a problem (barring unusual accident, which inevitably happen to the Enterprise). The Hitchhiker’s Guide to the Galaxy has such unusual methods as the Infinite Improbability Drive (whereby it is incredibly unlikely you will simply teleport from one point in space to another, so if one can increase the level of improbability high enough it’s bound to happen), and Bill the Galactic Hero has the Bloater Drive (which works by expanding the space between atoms such that the ship is the size of the entire distance between the start and the end of the journey, and then condensing them back to normal.)

Then there is the question of psychic powers. These show up in many forms and are surprisingly common. In Star Wars the Force is a natural energy that connects all things, but in Eclipse Phase it’s caused by an infection by a sentient techno-virus, while in 40k if you overuse them you’re likely to get eaten by daemons (as is anyone standing too close to you). Regardless, they are usually rare and barely understood (even by the practitioners), but the subject of much research.

Faith also plays a surprisingly large part in sci fi. In Star Trek the Federation is atheist, but many of the other cultures are not – notably the Klingons are deeply religious, but they killed their gods for holding them back! But despite this exploration of faith, the genre doesn’t allow “gods did it” to be an explanation very often, and when it does the gods usually turn out to be extremely powerful aliens or fakes by people using technology or psychic powers.

Beyond all that there are new people, new places, new planets, and new ideas to explore. In Dark Heresy they are probably evil cultists hell-bent on causing death and destruction, and must be stopped at all costs, while in Babylon 5 the aliens have most likely come to the space station rather than the protagonists going to them, but the point stands.

And that, I think, is the key to science fiction –

Exploration of the new and the unknown.