This weeks blog is slightly delayed, due to our trip to Dragonmeet in London over the weekend leaving us somewhat drained, and having met quite a lot of dragons! (We brought four with us too, so they could socialise with their scaly comrades)

Whenever we go to a convention there’s a good chance we’ll come back with more ideas than we went with. Dragonmeet was exceptional on this account, with 3 separate concepts crystallising, and a fourth flaring into existence.

The 13th age system suits our gaming styles, and our design ethos, very well indeed. So we’ve been working for a while on moving some of our system-neutral designs over to 13th age specif 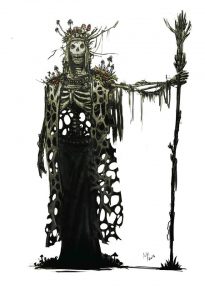 At Dragonmeet we actually met Rob Heinsoo and Gareth Ryder-Hanrahan, two major writers for 13th Age (Rob Heinsoo being one of the two primary voices) and got a chance for a brief chat about our work, which helped us feel more confident that we’re not going to be stepping on any toes.

So work has picked up the pace on The Southland’s Project – designing a region to go south of The Dragon Empire with something of a different theme – where the core setting has almost half its icons directly tied to Imperial Politics, our region has 5 icons that are tied to Nature in some way; from the Pack Mother – leader of all those who follow their instincts, whether they be red in tooth and claw or maternal caring – to the Lichen Lich who promises that life and death need not be so different after all.

Recently I’ve been doing a lot of logic puzzles; and I’ve been considering what it would take to make a game in which one of the players can design a puzzle for others to solve. While I had been thinking of this purely as a co-operative endeavour, talking it over with the team during the hours-long car journey resulted in something rather different – one player laying a minefield and the others playing minesweepers trying to be the first to cross it without exploding.

We have playtests for this later this week – the mechanics are still quite open with a large number of valves in need of adjusting: how many mines the mine-slayer gets to place being the greatest conundrum.

The Concept Cards line is great, but it’s only really useful for GMs and writers – not for those stuck in a single skin of their player character. Aspect Cards are our exploration of what would be useful to the player – each containing two tied aspects of a character: backstory, equipment, appearance, connections or anything else that works.

Even more modular than Concept Cards, with no card being an island, they should be perfect additions to an existing character concept; or with half a dozen supply the whole concept on their own.

Inspired by a game we were playing on the card journey, Tinfoil Hat is an improvisational game in the style of “But Wait There’s More”:

How do the Illuminati explain the flouride in our water supply? How does Adolf Hitler’s twin brother relate to the moon landings?

In Tinfoil Hat you’re forced to add ever more unexpected curveballs to your conspiracy theory until it eventually falls apart under the weight of red string and mixed metaphors.

The mechanics of the game are still in alpha-0.0.1, but their simplicity means it likely won’t take long to polish them – the choice of conspiracy elements on the other hand may take a while.