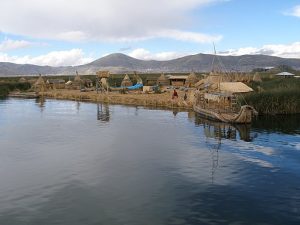 Why Do They Live There?

There are a few different reason why people choose to live like this, but in most cases it seems that people have set up homes on the water out of necessity rather than choice at first, but over years they have become comfortable in those homes, and now remain out of tradition, for the fishing and/or because they have never learnt another way of life.

The people of Stilt Village in Ganvie in Africa set their village up on the water to escape the slave trade in the sixteenth century.

The people of Ha-Long Bay first did so because they didn’t have any land to live on or the money to buy it, although in recent years the communities have managed to make quite a bit of money from tourists that come and look at their homes.

Sama-Bajau are refugees from the Philippines that weren’t allowed to live on land, they have many little stories that they use to tell why, most of which are connected to a lost princess in some way or another: one says they are the descendants of people that were sent to find her that failed so they will not step foot on land again in fear of the king’s wrath, while another common version tells how they are the offspring of that princess when she married a prince from Gowa, but there are many others.

The people of Uros have a slightly unique reason for their choice of habitat; the totora reeds in the area make it far easier to build floating islands that they can not only easily defend but can move around on the water to avoid any form of attack – indeed they have to sink anchors to hold their settlements in place.

As the same type of reeds were found on Easter Island it has been speculated that large reed boats may have been used to colonise the island – possibly even floating islands like those the Uros use.

Use in Fantasy Stories

What Races Would Live There

If you send your party into one of these villages you will most likely find elves or some kind of semi-aquatic race, since elves are lean looking and beings like selkie who are naturally semi-aquatic will always be good in water – but this shouldn’t limit you. Almost any common fantasy race could live in a floating village, given the right incentives. As seen above, most floating villages were built due to some form of exile from land, so Tieflings or Orcs might well be found in such a village, just off the coast from a major town in which they are unwelcome.

In our Floating City we chose to have the people living on giant jellyfish, but there are numerous other ways to add a fantasy touch to a floating village. A traditional option is to have a village built on a giant turtle (or dragonturtle) but that loses much of the charm of needing to use boats to get around, as the whole village is forever linked – if you’re looking at that option consider using a whole bale1)I swear the people who come up with these group nouns are sillier than me – Ste of turtles, or perhaps a pod of whales.

If you’re working at epic levels, a village floating upon the clouds could make a nice twist, where the homes can never be tethered to the ground but only (loosely) to one another. Alternatively, a village of Cyclopes living on a lake of lava would make for a distinctly dangerous obstacle.

What have you done with Floating Villages? Share your ideas below.